As I’ve been inventing new color games for toddlers, I thought of I Spy books. My child loves those I Spy books and he loves playing I Spy, too. I assumed my younger child probably would also love the concept of I Spy, so I decided to find a way to make it more his level. I came up with I Spy Color Cards.

There are 8 different cards with several colored pictures on each. Each card has objects that are red, orange, yellow, green, blue, purple, pink, and brown. You should print these with color ink and then laminate them for durability. 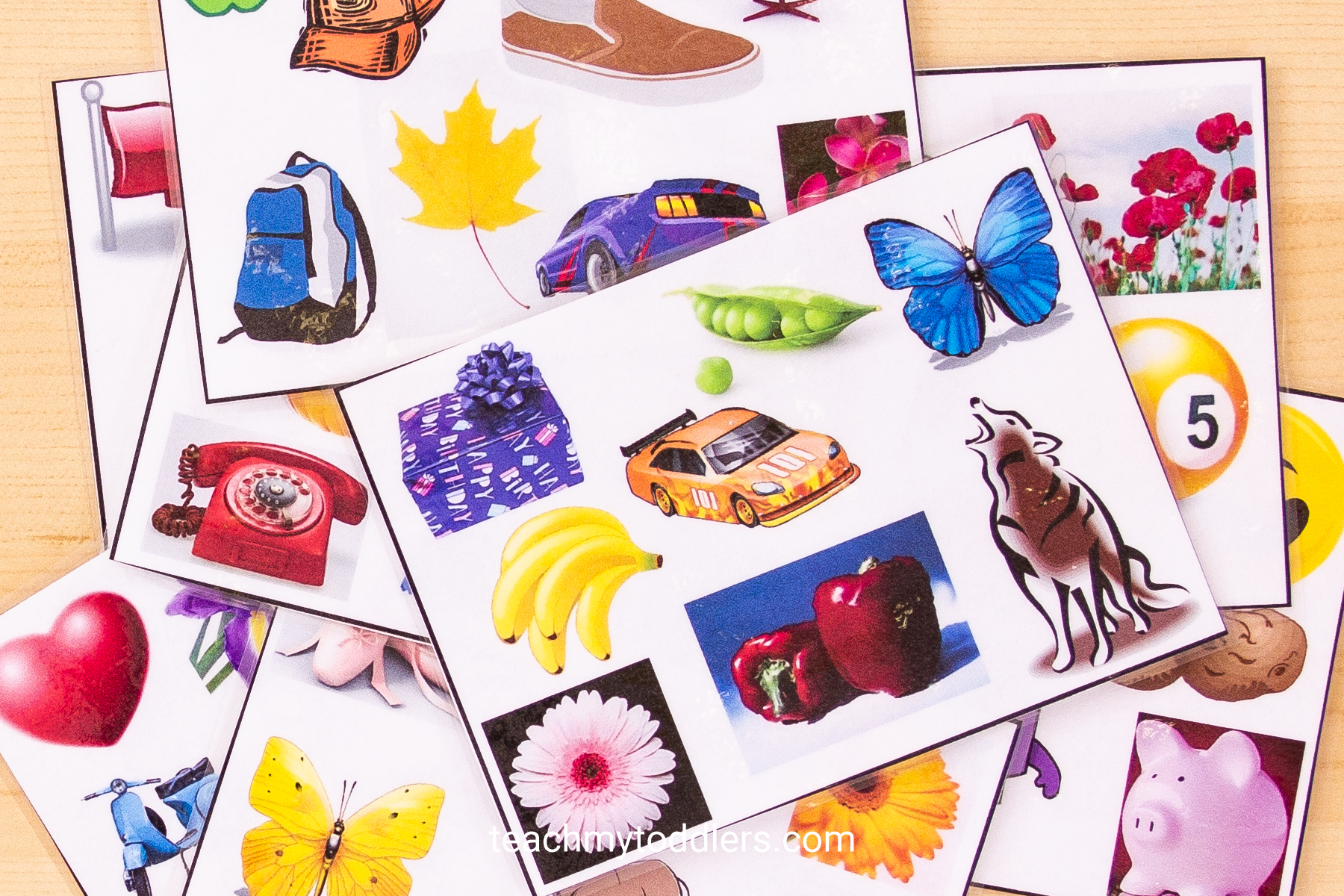 To play, pick up one card and hold it in front of your toddler. Say “I spy something yellow (or any of the colors that are on the card). If your toddler doesn’t know his colors yet, start to describe other things about the object you are looking at. For example: “It is something that we eat. It has a peel that you have to take off before you eat it. We have some on our counter.” Continue until your child can point to the object that you were describing.

If your child knows his colors really well, then change the game up a little. Instead describe the object without saying the color. For example: “It is shaped like a ball. It has a string attached to it. You can see the light shining on it.” When your child knows what it is, have him point to the object and say what it is using the color. For example: “blue balloon.”

It Takes Time to Learn

This color game for toddlers is still just a teeny bit hard. You may have to basically say what each object is before he can point to it. Still, your toddler is getting used to hearing the names of the colors and is getting used to objects being described by their color.