Last week, the missing numbers cut and paste worksheet I created was a huge hit with Little Bear. I decided to repeat the idea, but use letters instead. This cut and paste page has much smaller squares (which was part of the reason Little Bear liked it so much), but Little Bear still enjoyed it. I think he liked that he knew what to do right away. That made him feel extra smart and ready to tackle the page. 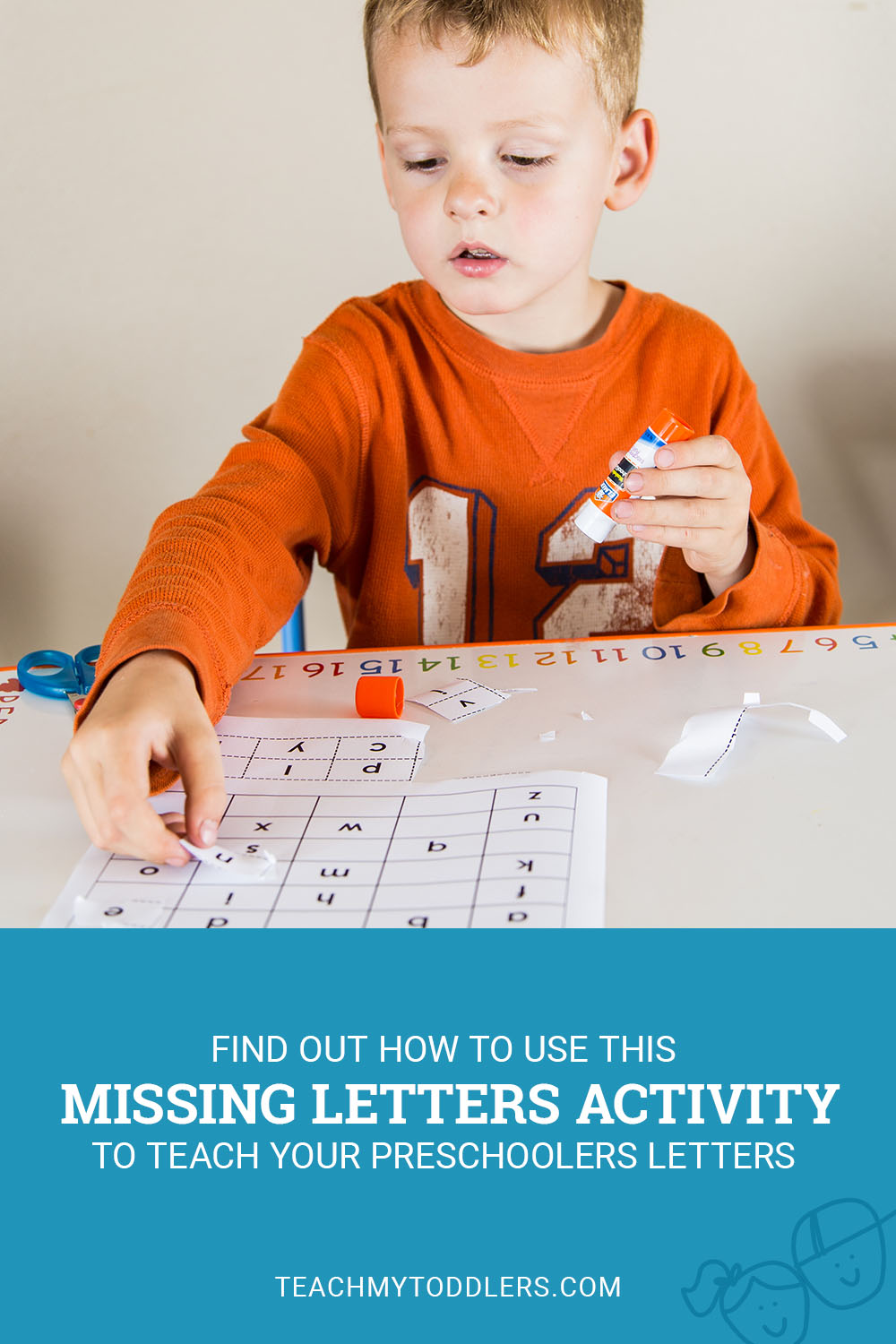 The missing letters cut and paste page has a chart with all of the letters in order from a-z. However, there are a few letters missing from the chart that must be filled in. At the bottom of the page are the missing letters. Little Bear has to cut the letters from the bottom of the page and then glue them onto the correct place on the alphabet chart above. 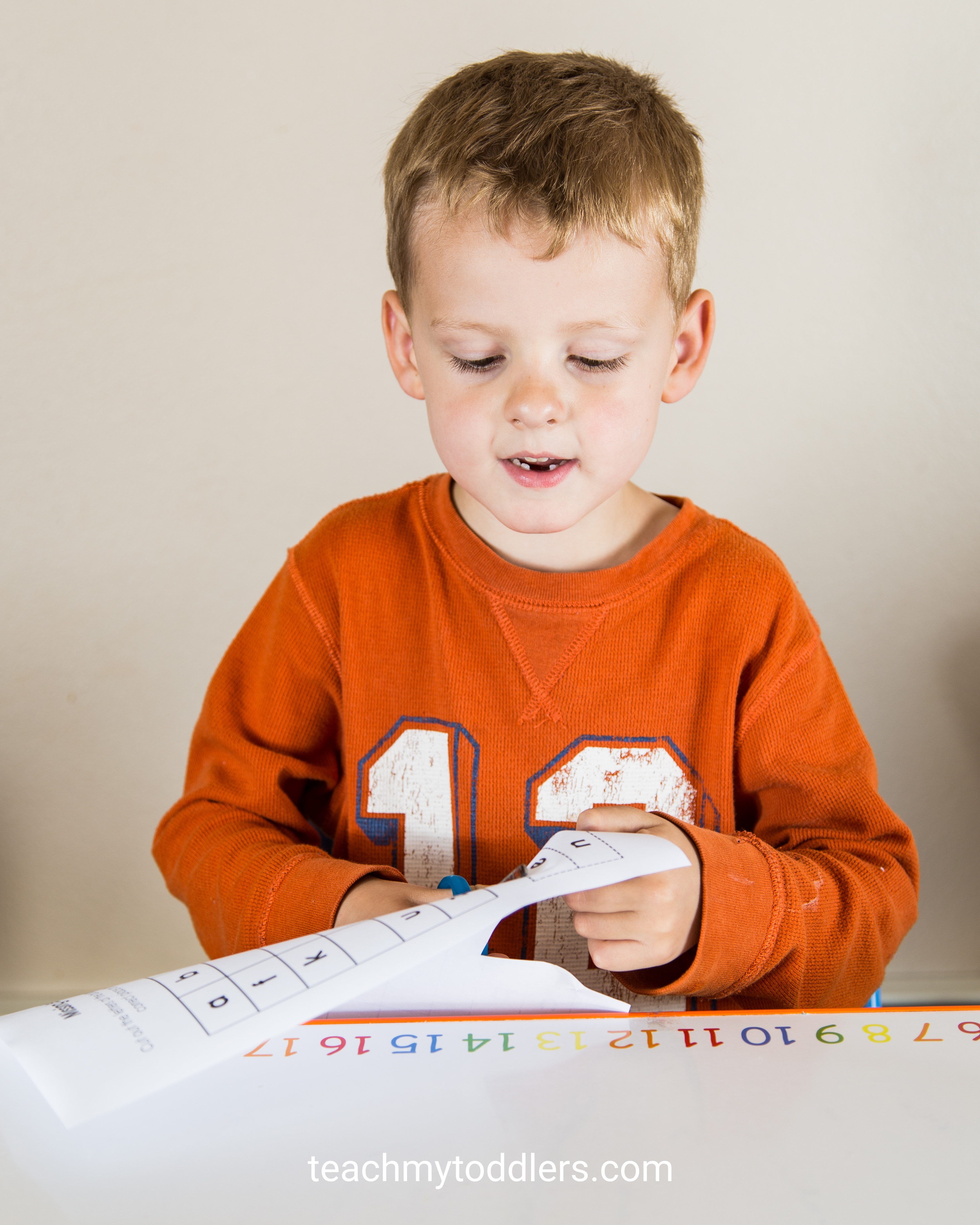 I have done several alphabet activities with Little Bear that required him to put the letters of the alphabet in order. I started doing this with him when he 3, which was definitely too young (at least it was for him). I occasionally do alphabet order activities with him to see if he’s at the right age and I think I finally found the perfect age. This cut and paste page was perfect for his preschool level. He didn’t have to put every single letter of the alphabet in order, since most of them were all ready on the chart. He simply had to sing the alphabet song and see which letters were missing. 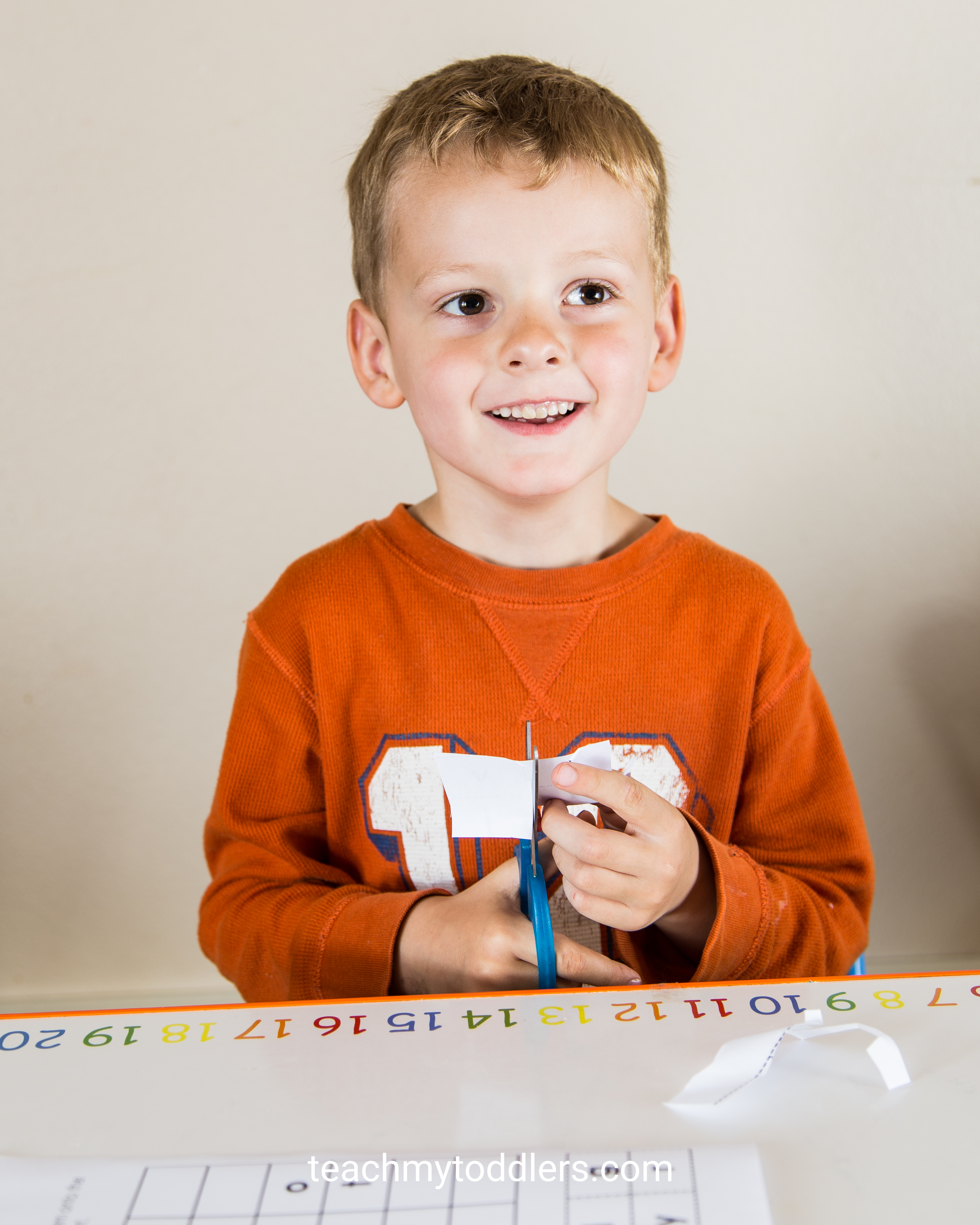 Little Bear went back to not wanting to cut by the end of the activity and we actually had to finish it another day. I still feel like he got a lot of learning in though and he was able to get some fine motor practice in with his cutting and pasting. This printable kids activity wasn’t super “fun” for Little Bear, but he did finish it and he learned a lot in the process. 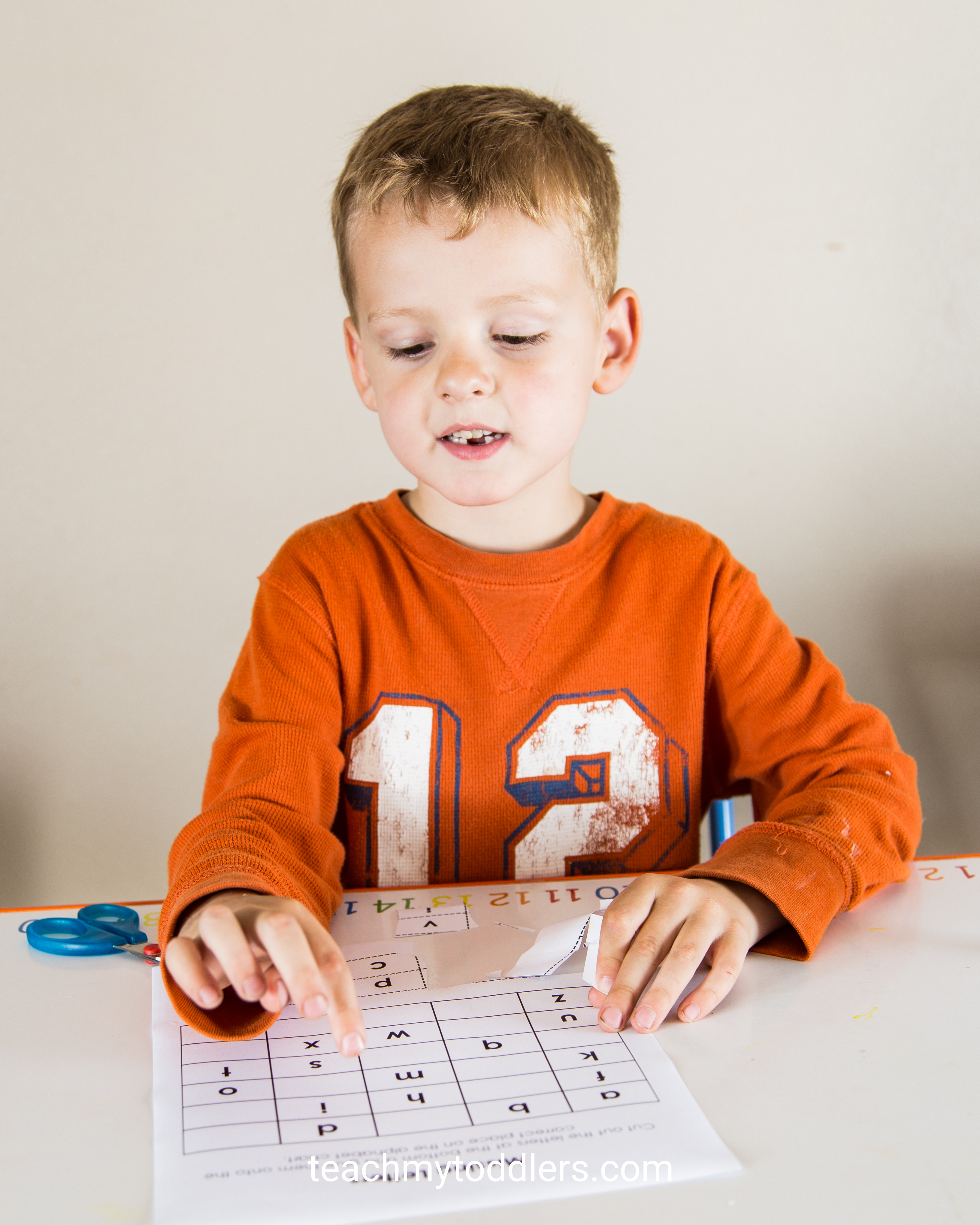 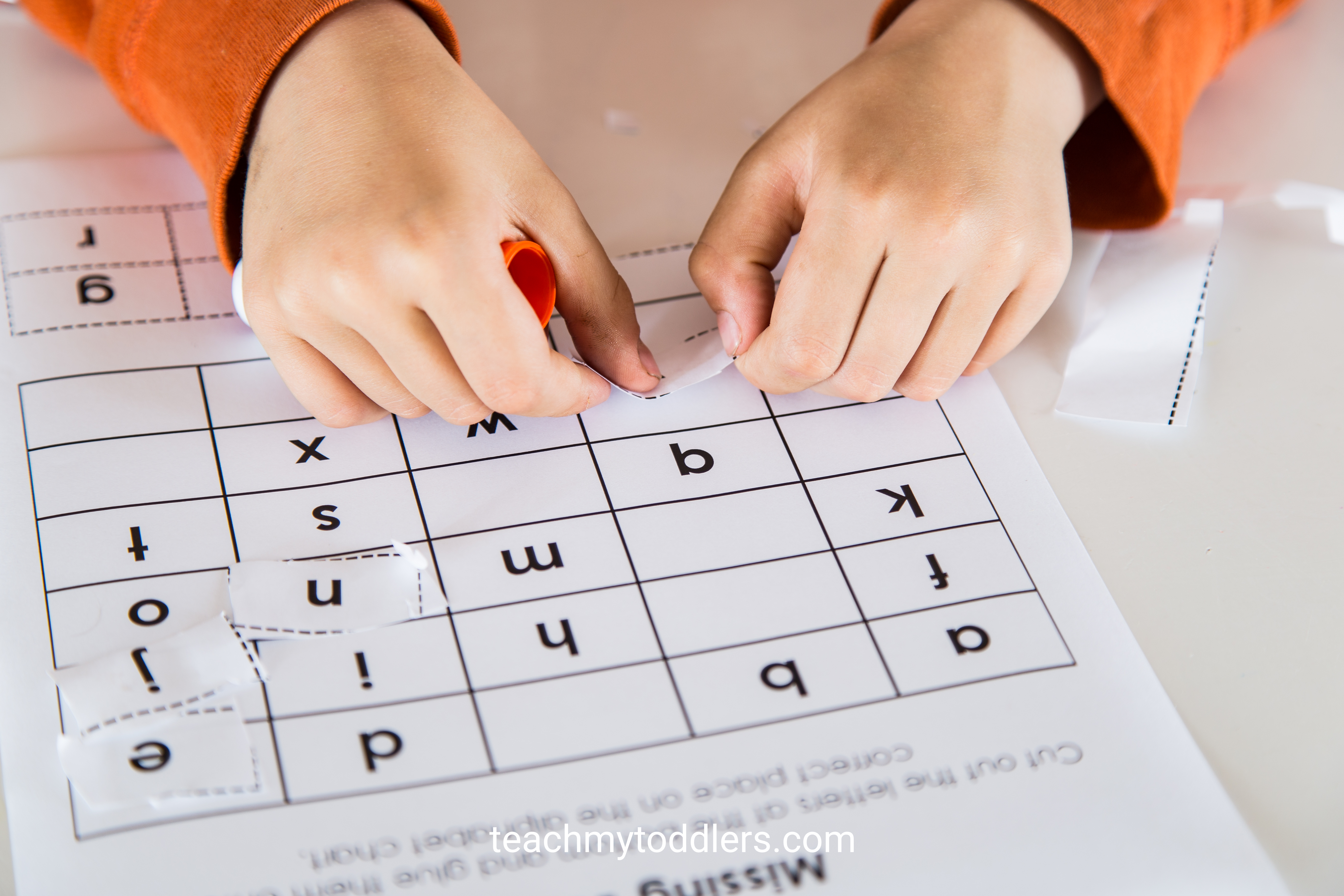