How can I teach my toddler the letters of the alphabet by using a sensory bin?

Sensory bins are a fabulous tool for learning and are incorporated into the new Toddler Curriculum. You can do the letter A sensory bin with your child for some fun learning! Hopefully these sensory bins will be as a great a tool for your kids to learn their letters as they have been for mine! You can do a new ABC sensory bin every two weeks. 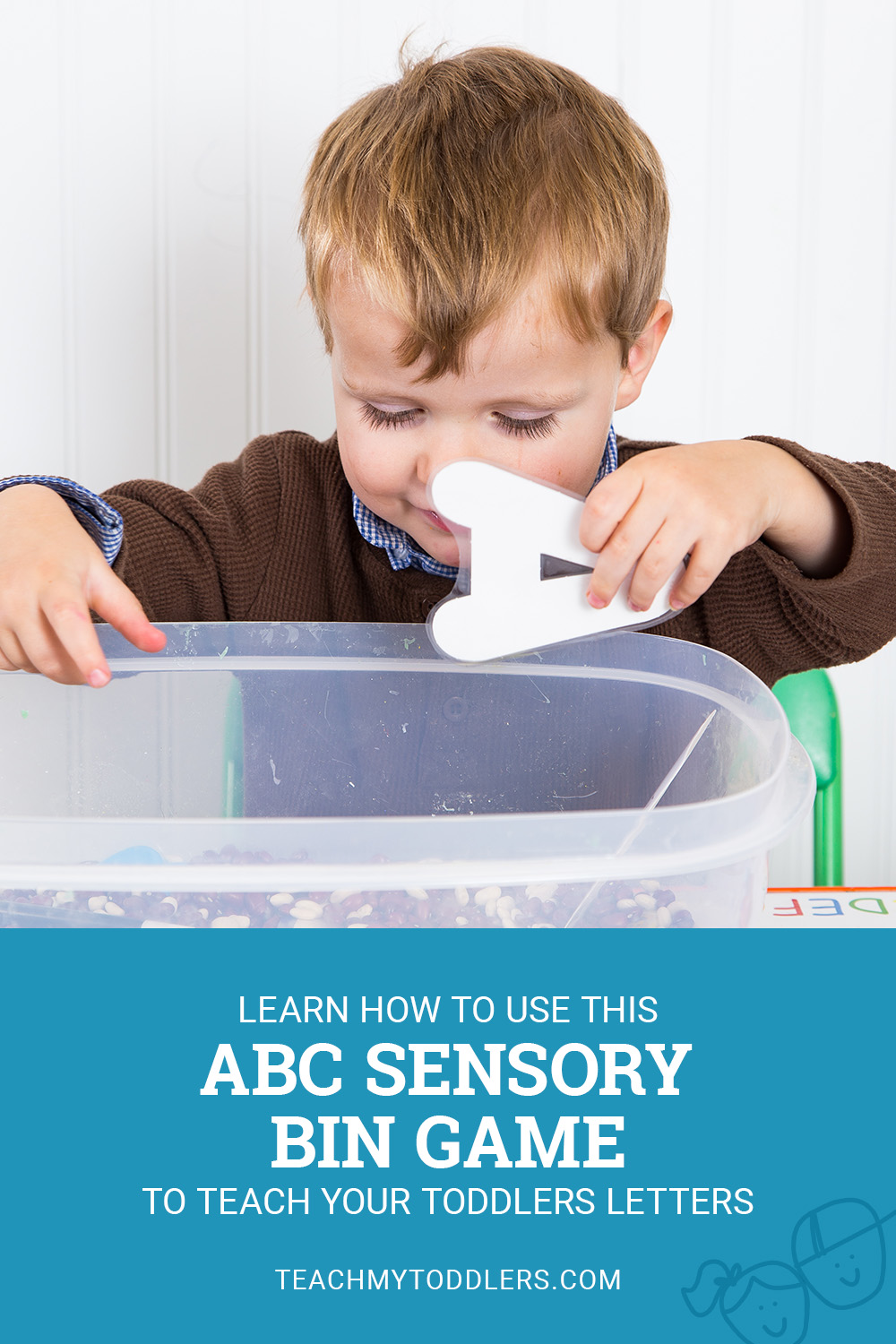 Here are a few goals for these sensory bins:

Each ABC sensory bin will begin with a base. Try to have a new base for each letter at least up to M. That means you will hopefully only repeat each base 1-2 times for the entire alphabet. If you want, you can do the same base every time which would greatly simplify the process. 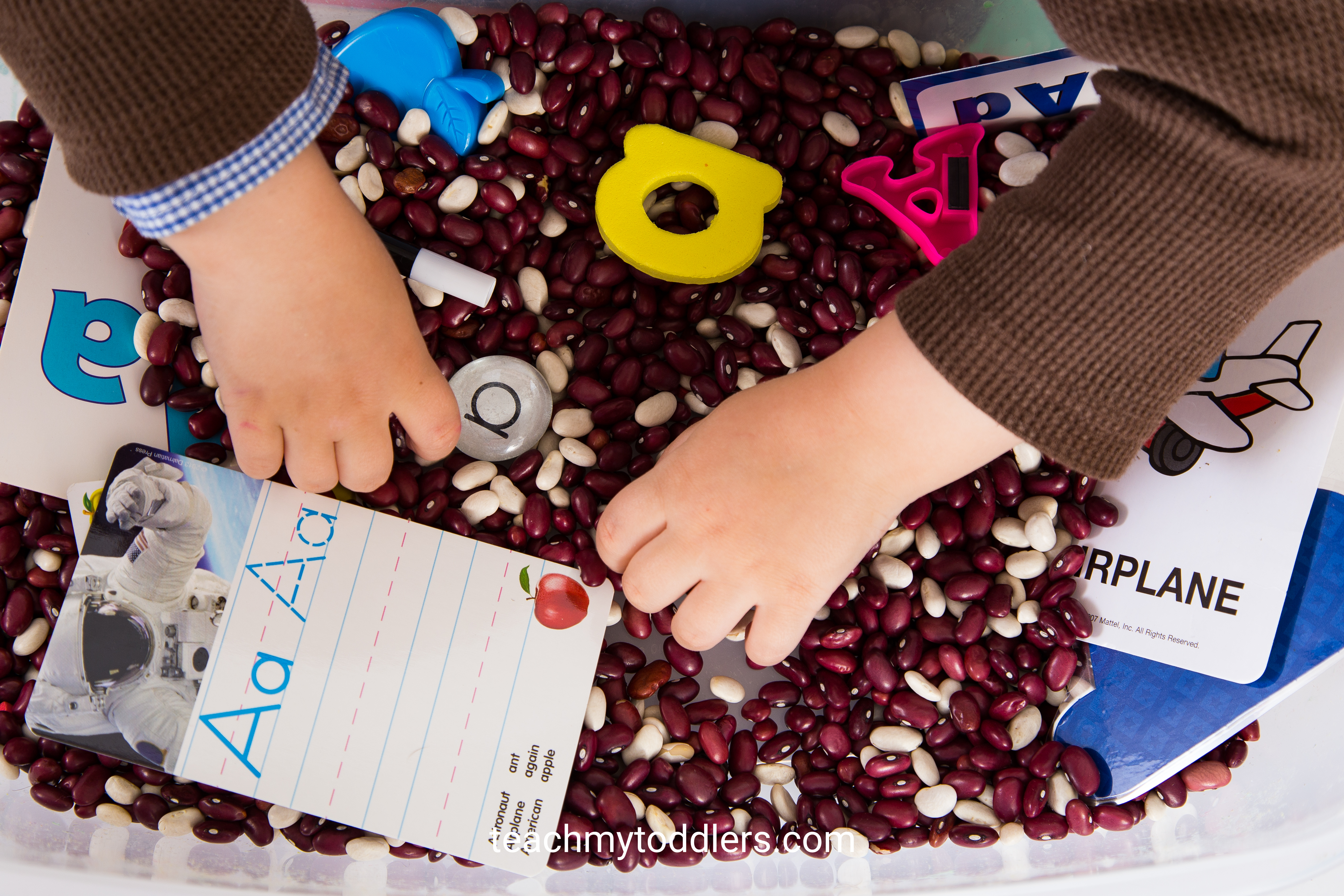 Here are a few ideas for sensory bin bases:

If you purchase the Toddler School Curriculum, you will receive a much longer list of sensory bin base ideas. Once you have the base, several items will be added to the sensory bin that have to do with the current letter. My ABC sensory bins will include lots of cards, pictures, and puzzles with the current letter or theme. If you have any alphabet toy sets, they are a great item to add to these sensory bins. Try to use what you have around the house because I bet you already have bunch of things that will work great. 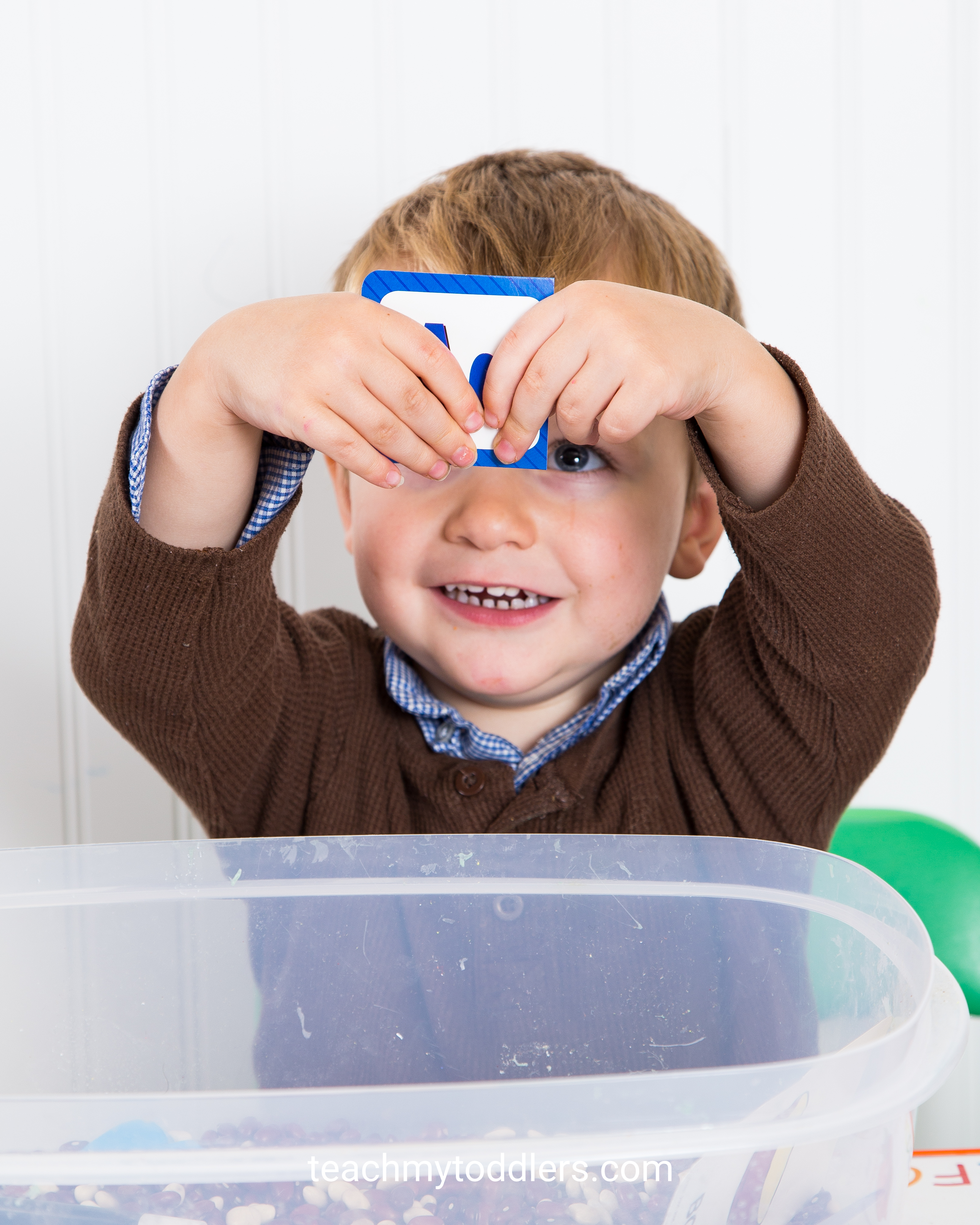 Here is a list of some alphabet sets we currently have or want. In each sensory bin, only include items with the current letter.

This letter A sensory bin will be so fun for your child. Have your child start by going through the sensory bin and pulling out each item one by one. Ask them to name the object or letter of the item they pulled out. You can have them trace any letter they find with their finger. The kids really enjoy the letter A items “hidden” in the beans. 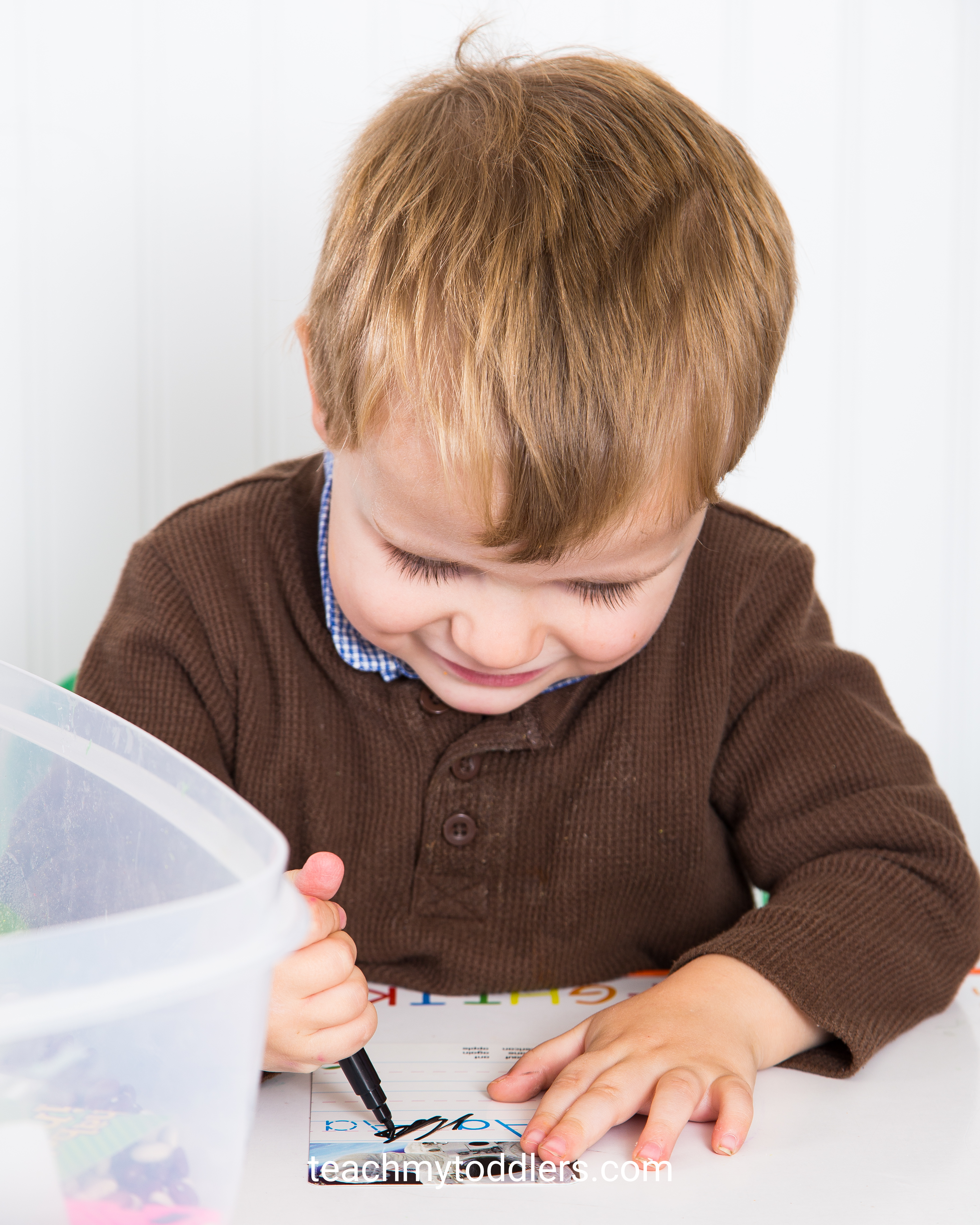 The kids have fun digging around the beans and naming what they pull out, but I don’t think they would have liked naming a pile of objects. This is why I made a sensory bin instead of just having a box or drawer of A items. There are lots of great ways to introduce letters (like these ABC Baskets and this Montessori Alphabet Box), but sensory bins are definitely a great way to go. It is so fun to see how much your child can learn from our other ABC sensory bins throughout the year!