What is a cut and paste page for preschool that will help my child with phonemic awareness?

My preschooler has been asking questions about Kindergarten non-stop lately. He is so excited to be starting Kindergarten in a few weeks and he really wants to be sure that he is “ready.” I keep reassuring him that he is so smart and that he has learned enough in preschool, but I think he is a little nervous about learning how to read. I haven’t taught him how to read at all because I personally think he is too young, but he has already learned a lot from Starfall. And for some reason he wants to be sure that he knows enough for Kindergarten. 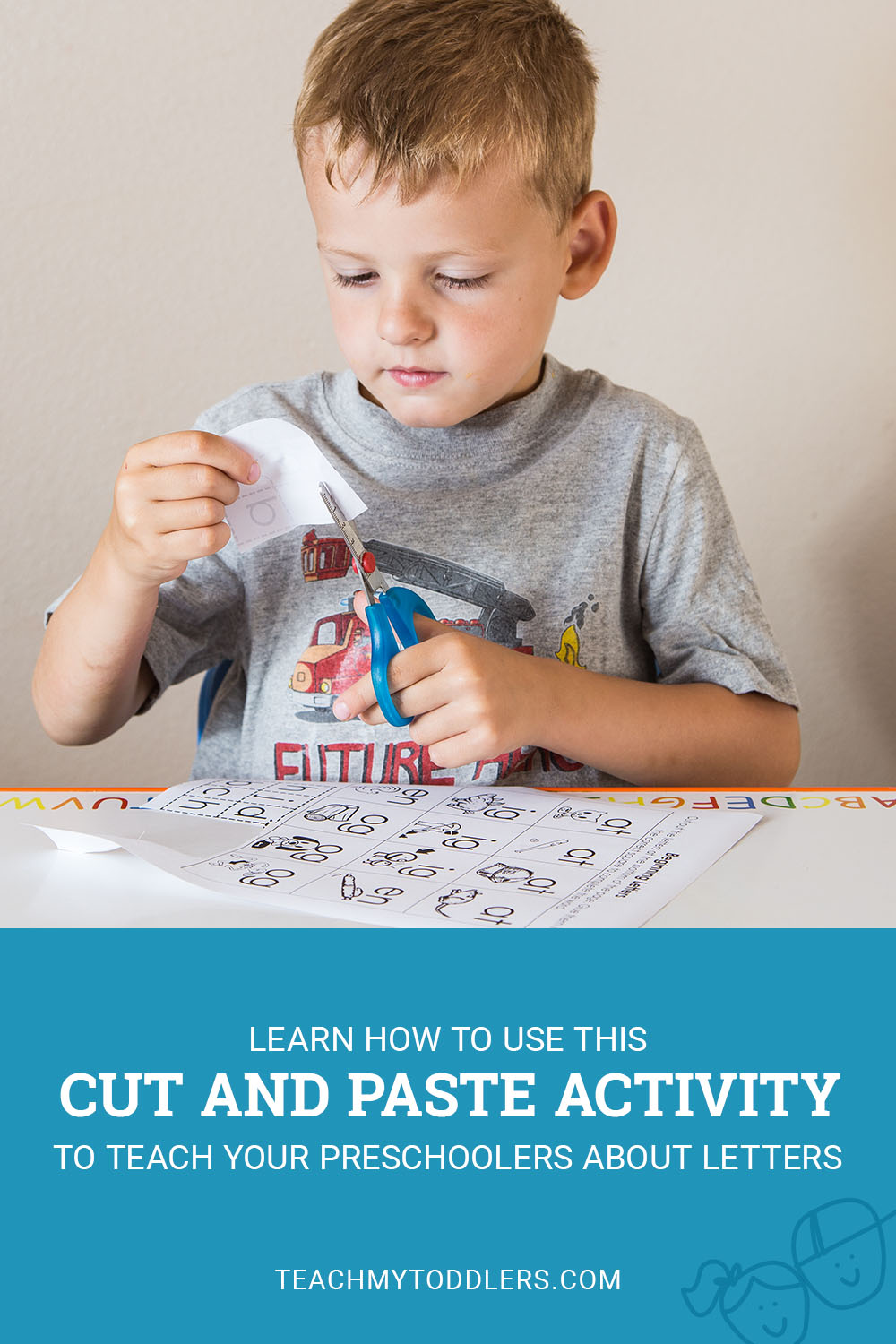 So, to ease his mind, I made him this cut and paste page that will help him practice his letter sounds. This is a great activity for phonemic awareness. It helps your child distinguish a specific sound within a word. This is a wonderful pre-reading activity that is just the right level for any of your preschoolers.

When I first handed Little Bear this cut and paste page, he immediately began to complain about how small the boxes were and how much there was to cut. I told him that this was an activity just like the ones he would do in Kindergarten and I wanted to see if he could do it. Of course I played up the reverse psychology factor and acted like I couldn’t believe he would be able to finish the WHOLE page. 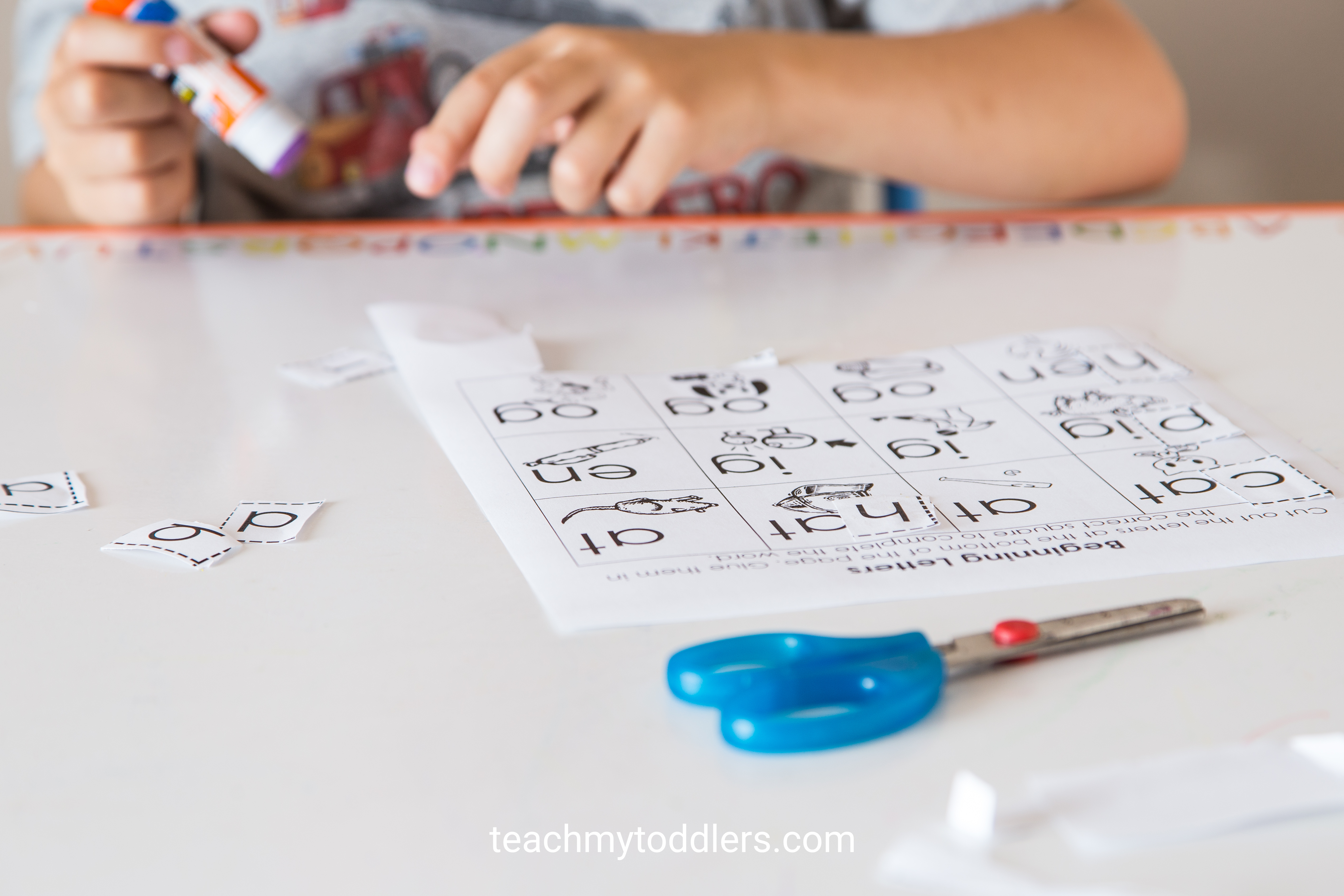 Well, let me just say that reverse psychology works on Little Bear every time. He immediately began cutting out the letters. I had him cut out all of the letters first and then set them to the side. He then looked at the picture in the first box and sounded out the word. Then, he told me what the first sound was. I asked him to look for a letter that made that sound. He quickly picked out a “c” and glued it on the page to complete the word. 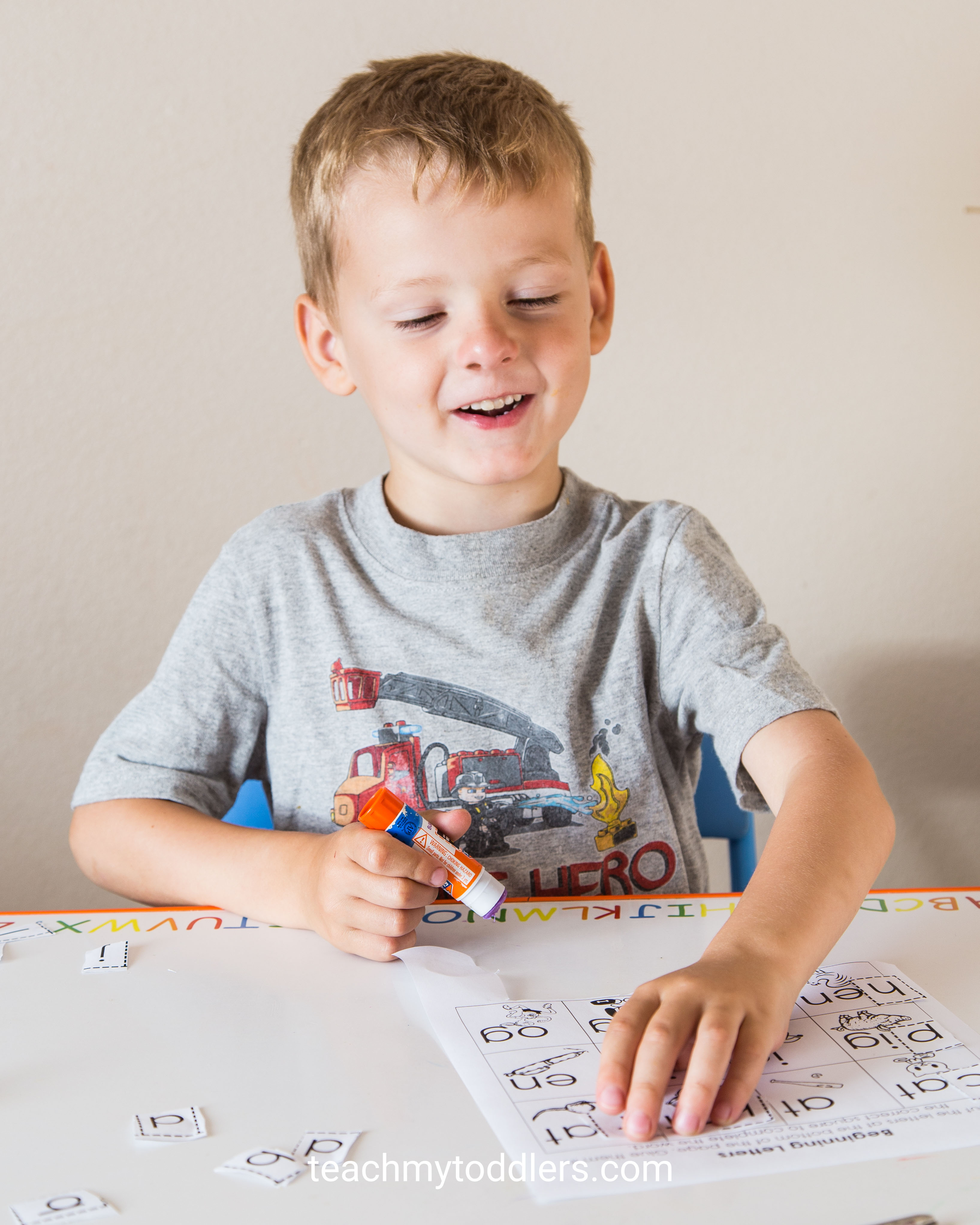 It did take awhile for Little Bear to finish this cut and paste page, but he felt super smart by the end of it. He was so proud that he could do an activity just like the ones he’d be doing in Kindergarten. I asked him if he wanted to color the pictures after he was done cutting and pasting, but he said no. 😉 This cut and paste page is perfect for any pre-kindergartener, especially one who is starting school in a month or two. 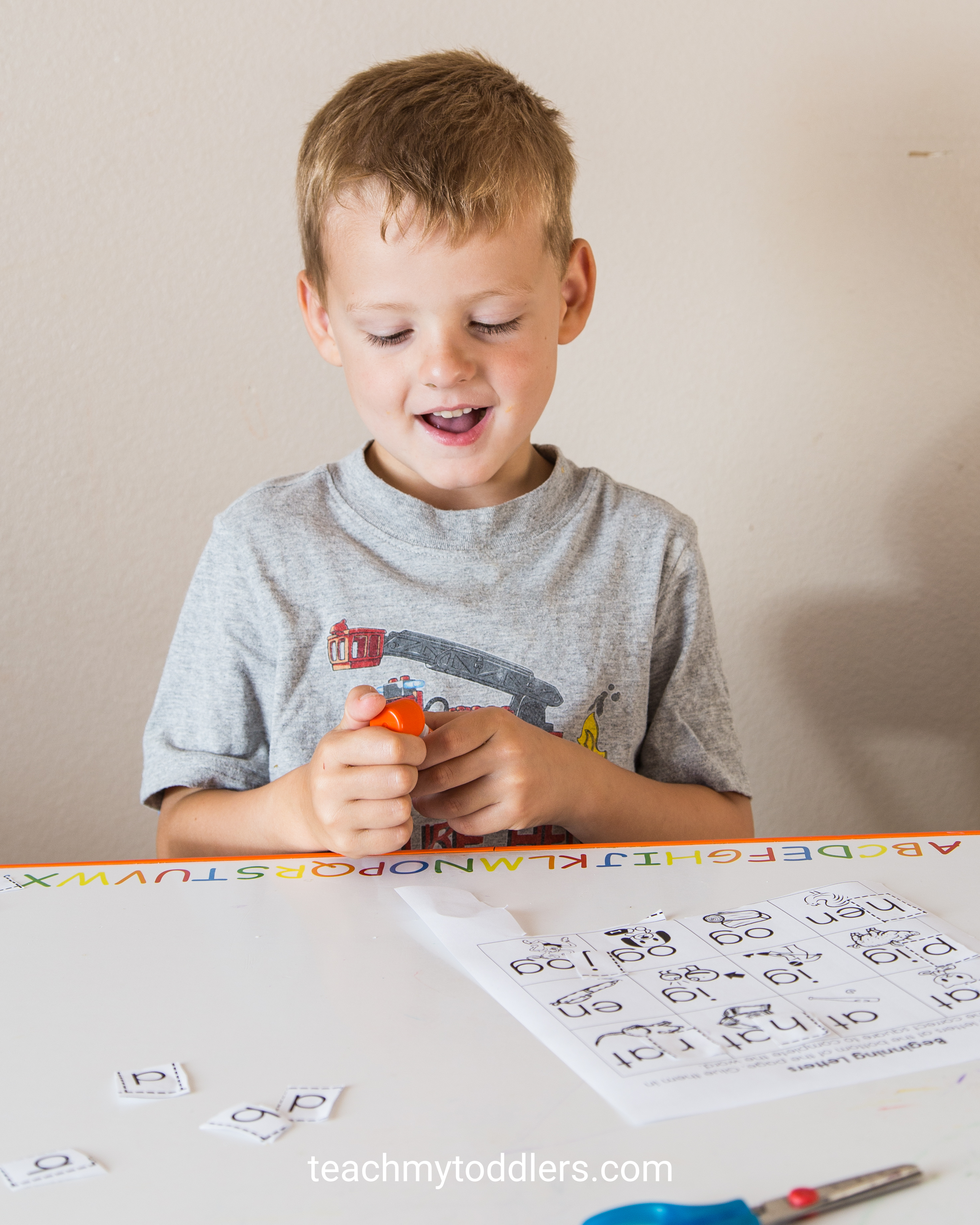